Meridiem Games has today confirmed that the PlayStation 4 version of Song of Horror, the acclaimed horror game developed by Protocol Games and published by Raiser Games, will launch as a boxed Deluxe Edition on 20th July 2021.

A must have for any horror fan, this boxed Deluxe Edition will be available across European and Australian specialist stores and will include a special artwork sleeve, a map where players can note clues they find during the game and a character guide, explaining their abilities and relationship to the story.

About Song of Horror

Song of Horror is a cinematic third-person horror adventure focusing on a terrifying narrative inspired by the literary works of Poe, Lovecraft and M.R. James.
Famed writer Sebastian P. Husher has gone missing, along with his entire family. His editor, worried by the loss of contact, sends an assistant to Husher’s home to check on his well being. He never returns. These disappearances spark a series of terrifying events, revealing a dark entity known only as The Presence that seems to be at the centre of the horror that unfolds.

The boxed Deluxe Edition of Song of Horror will be available across European and Australian specialist stores for PlayStation 4 on 20th July and can be pre-ordered now. 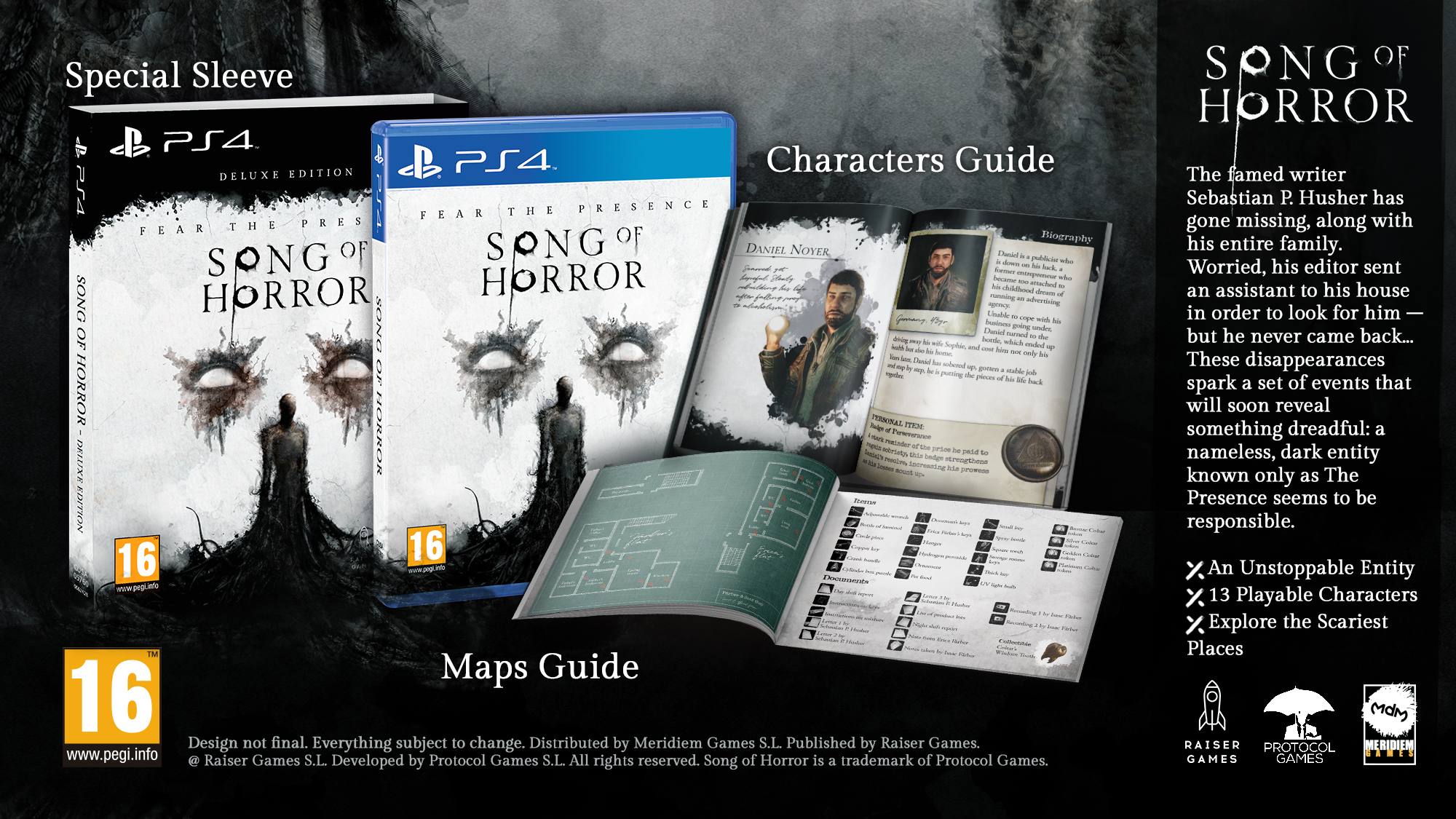