Originally developed by Pastagames and published by Dotemu, Meridiem Games will release a special boxed ‘Buster Edition’ of Pang Adventures and will include a special reversible sleeve, retro styled survival manual and sticker set and will retail for €29.99/£24.99.

The Pang series is a beloved collection of arcade video games from the early 90s. Guide two brothers on a quest around the world to save humankind from a massive alien invasion! Use your wits and skills to overcome the attack balls pouring from the skies and rescue the world’s cities and landmarks from impending annihilation.

Pang Adventures brings new features and gameplay to this arcade legend while keeping true to the original spirit of the series.
Features of Pang Adventures - ‘Buster Edition’
●    3 different ball-popping modes
○    Tour Mode: Fightback the alien forces, one location at a time!
○    Score Attack: Save the world with only 3 lives and NO CONTINUES! A real arcade experience.
○    Panic Mode: Bust balls like a legend! 99 levels of continuous battles will put your skills to the ultimate test.
●    Local Co-op: Adventures are best shared! The couch co-op feature is available in every game mode, allowing friends and family to team up and save the world!
●    More than 100 levels scattered throughout Antarctica, Scotland, Death Valley, Bora Bora... each location with its own unique tricks and twists!
●    The Pang brothers have upgraded their gear since the last alien invasion: machine guns, flamethrowers, lasers, shurikens…you name it, they've got it!
The Nintendo Switch version of Pang Adventures - ‘Buster Edition’ is available to purchase in specialist gaming stores now for €29.99/£24.99. 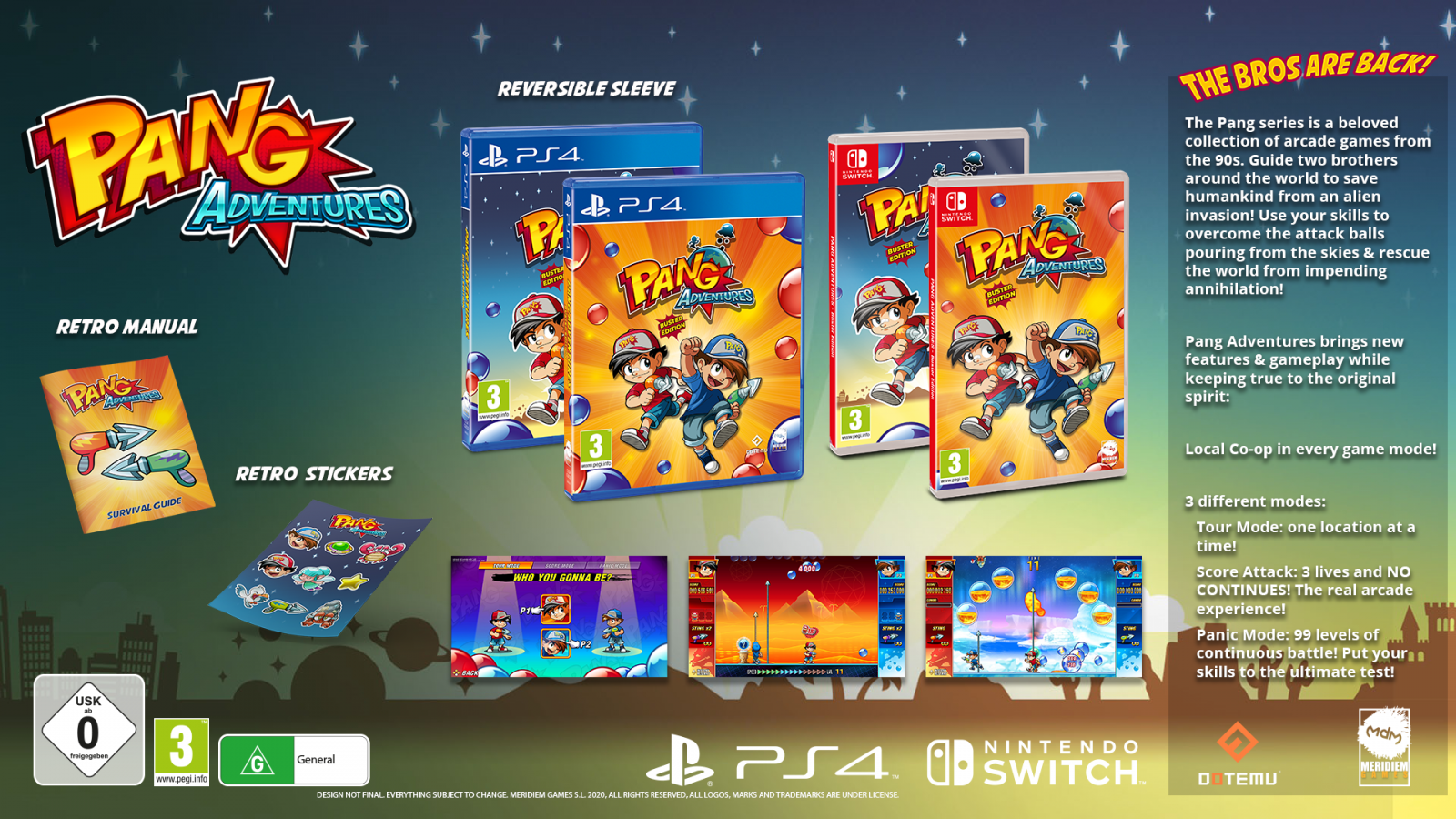