Meridiem Games is thrilled to announce that the special boxed version of Red Wings: Aces of Sky Baron Edition is now available from European Stores for Nintendo Switch and PlayStation 4.
The physical boxed edition of this World War I aerial combat game will include a specially created slip case, an art book containing some of the concept art from the developers and a poster featuring key artwork.

Red Wings: Aces of the Sky is an exhilarating third-person aerial combat game set in the skies of World War I. Experience this breakthrough era of flight when the courage of pilots boarded on insanity and the stakes were never higher.

Pilot legendary warplanes from the World War I era and engage in thrilling arcade style aerial dogfights and relive historic events retold in glorious comic book-stylized visuals. Go head-to-head with feared opponents and witness the rise and fall of the legendary Red Baron and cheat death on your way to victory. 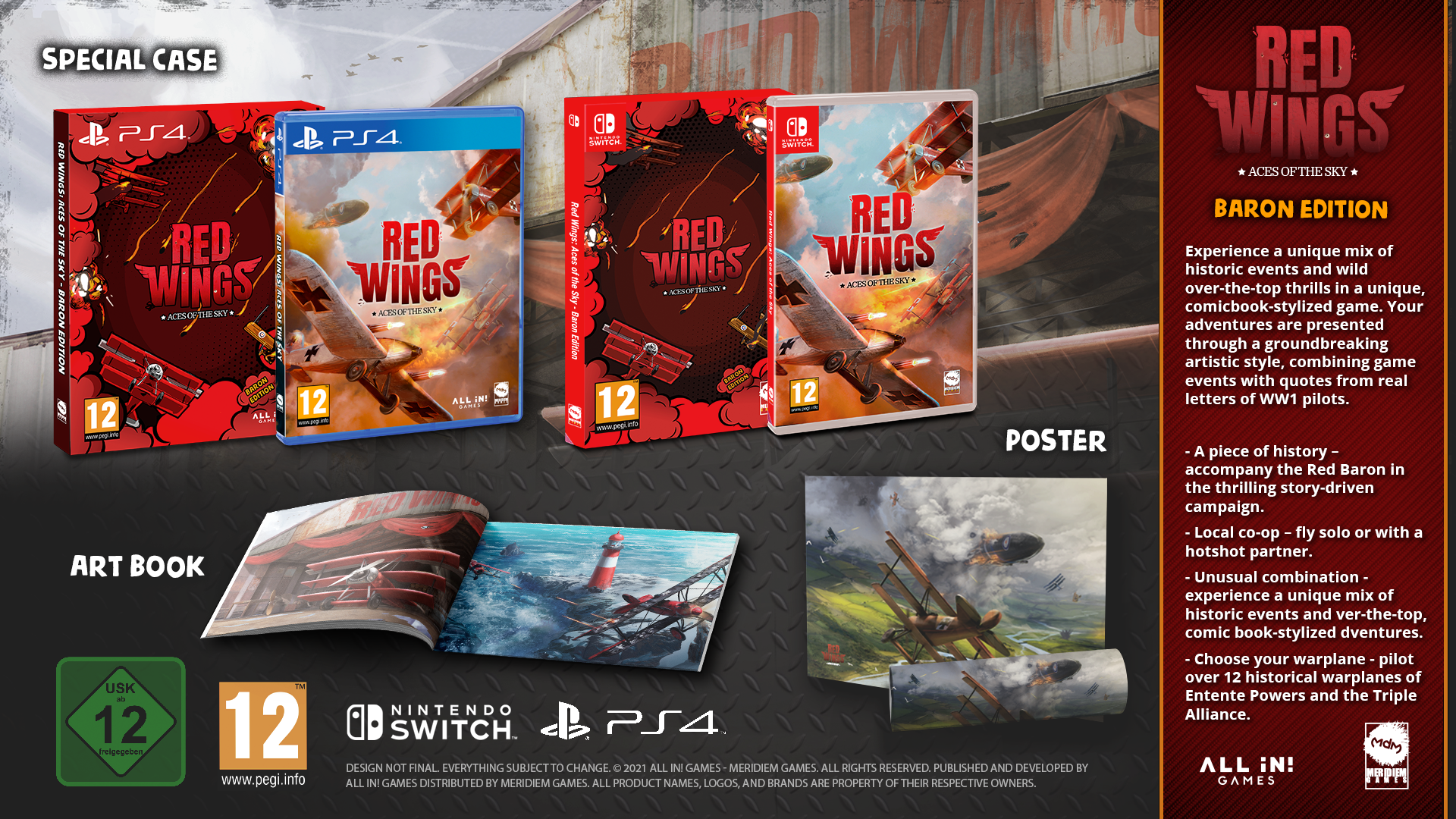