Ring in the New Year with the Retail Physical Editions Shipping Globally on March 15, 2022

Starting today, ZA/UM, in partnership with iam8bit and with global distribution by Skybound Games, has announced retail physical editions for Disco Elysium – The Final Cut are now available for pre-order for Nintendo Switch at iam8bit.com and at retailers around the globe for $39.99 USD.

Previously available for PlayStation 4 and Xbox One with next-gen backward compatibility, all retail physical editions will include an 18” x 24” foldout poster and a digital code for an expansive 190+ page digital artbook. 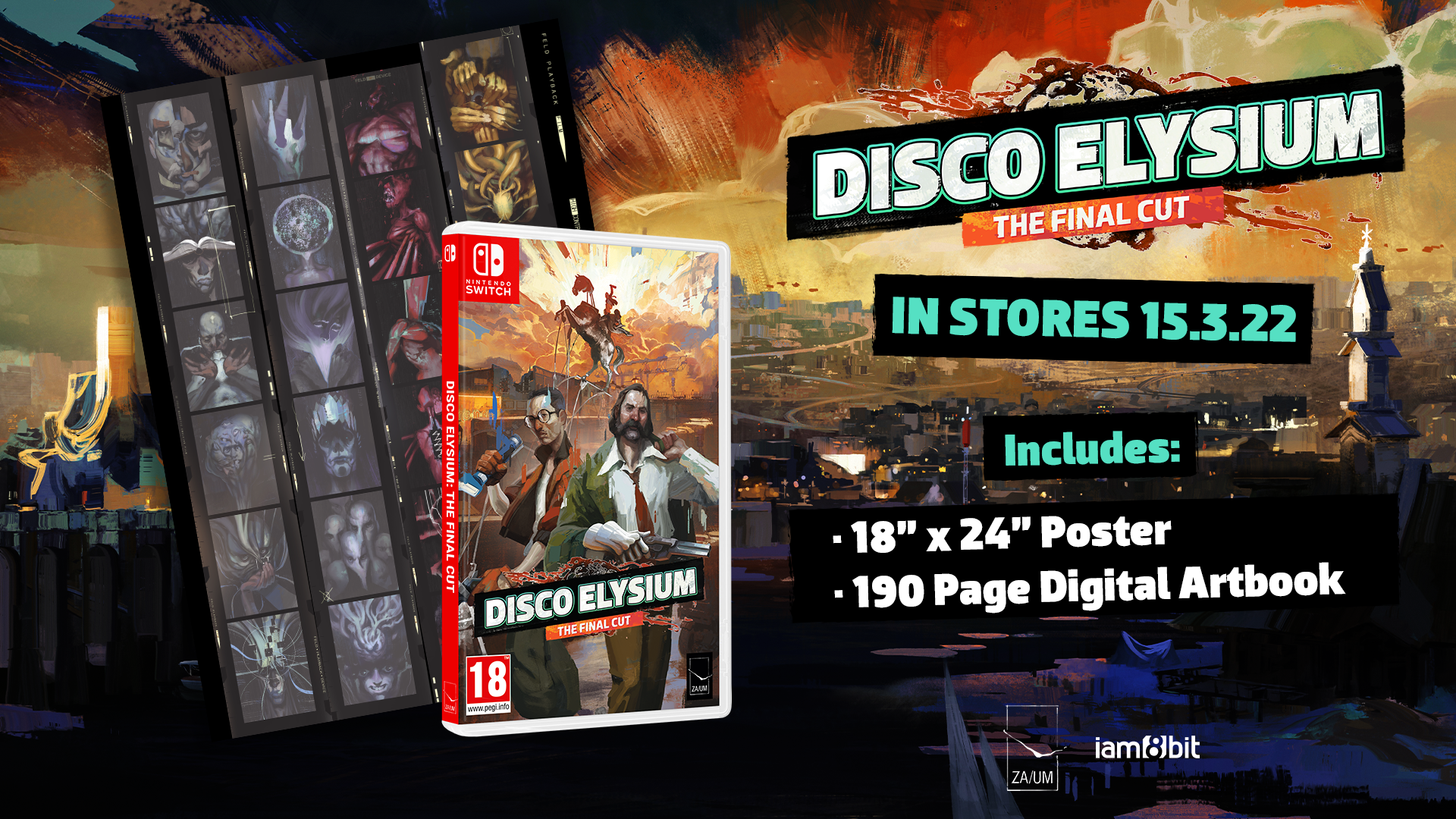